eBinder is a development suite for embedded software development fully integrated with our safe real-time RTOS platforms eMCOS and eT-Kernel. All development tools are designed from the ground up for system development using a real-time operating system, making it easy to resolve the challenges particular to real-time systems. This reduces the burden on the developer and increases development efficiency, bringing your products to market faster.

eBinder is based on an iterative and incremental development model that includes agile development. 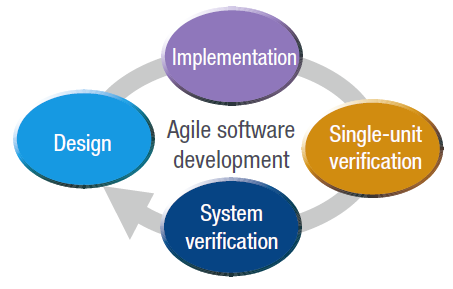 This suite contains all the necessary tools to manage your source code, debug, analyze and optimize your application.

Using eBinder for multitasking on multicores

eBinder already covers support for system debugging by the JTAG interface. We also support established JTAG debugger interfaces of our global partners to enable multi-task debugging at the system level.

eSOL provides complete RTOS SDKs covering a pre-integrated genuine Arm compiler. This enables a rapid start to development without cumbersome integration of the compiler into the IDE.

Tailored for efficient development when using eT-Kernel, we have implemented special features that massively accelerate the development of eT-Kernel.

eBinder allows dynamic loading and task generation. New tasks and processes can be loaded at runtime during system execution. This eliminates the need to relink and reload the entire system whenever code is revised and can significantly reduce wait time for quick testing, enabling improved develop-and-debug cycles. In addition to loading, creating, and debugging tasks, processes can also be created, started, and debugged on a real target.