Since GUI screens can be used to set parameters for the real-time operating system to be used, middleware, and more, including build settings. This simplifies configuration and building. The parameter items that can be set, compilation switches and options, and other information are included in each Parts Package.
Standard C/C++ compilers are bundled for CPU architectures. Genuine ARM and GNU GCC compilers are supported. 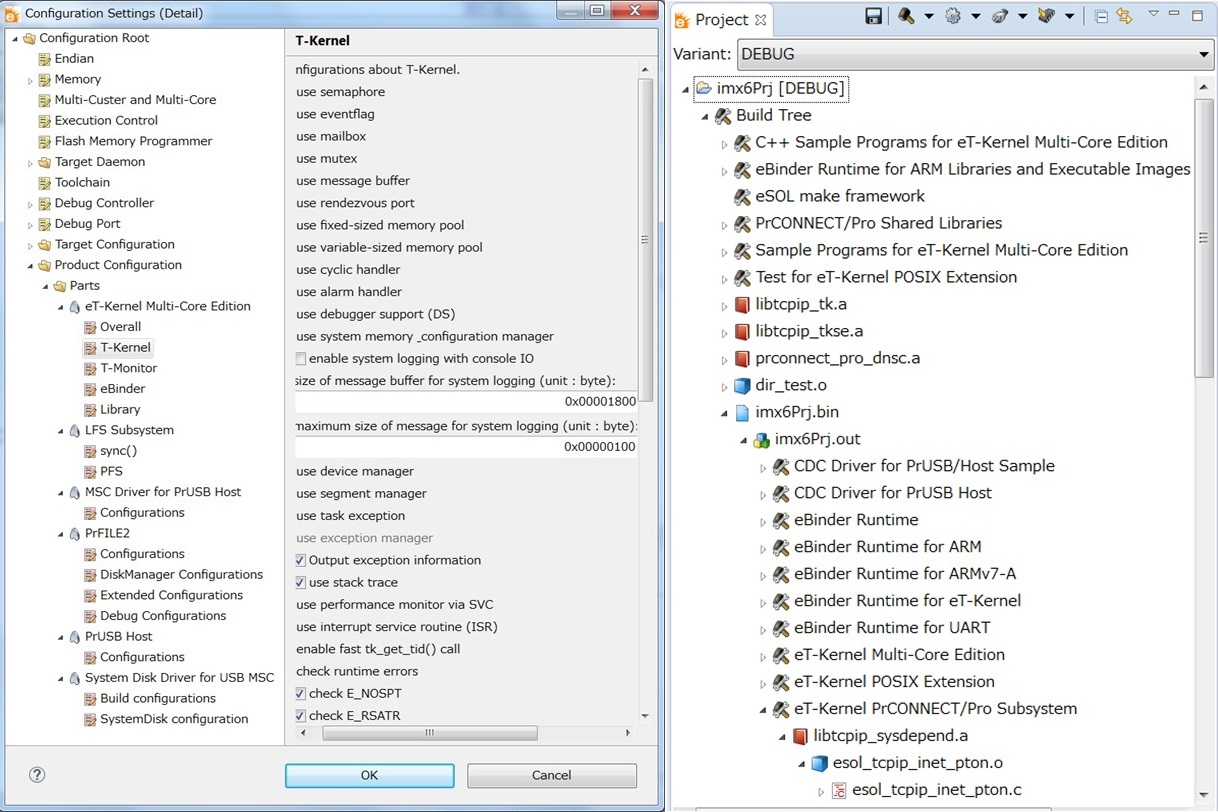 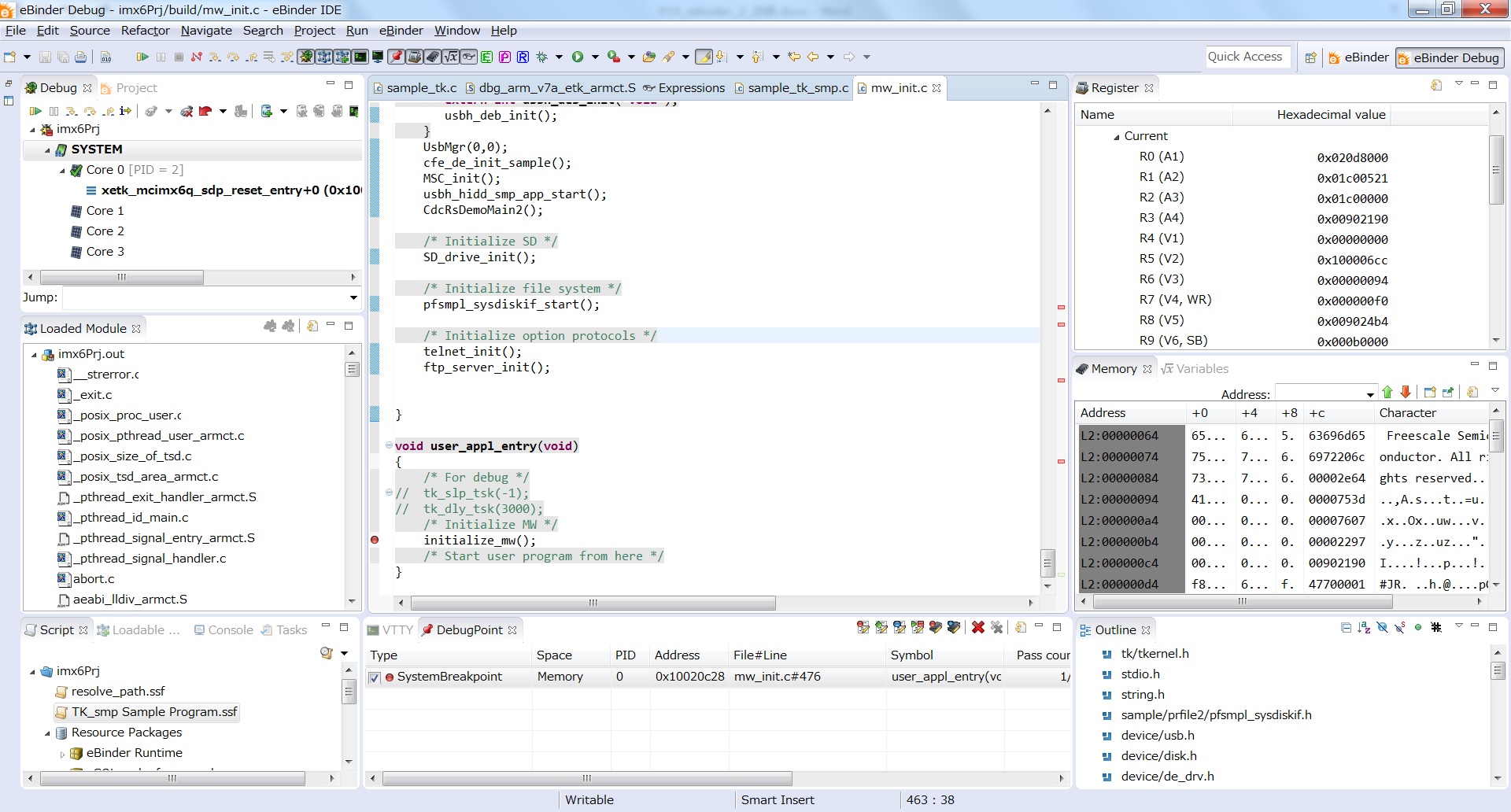 EvenTrek collects a log of real-time operating system APIs, interrupts, task switches, and so on, analyzes the information, and displays the results. It also displays the state transitions for task groups in processes. It can also collect middleware API events and events incorporated into the program by the user. 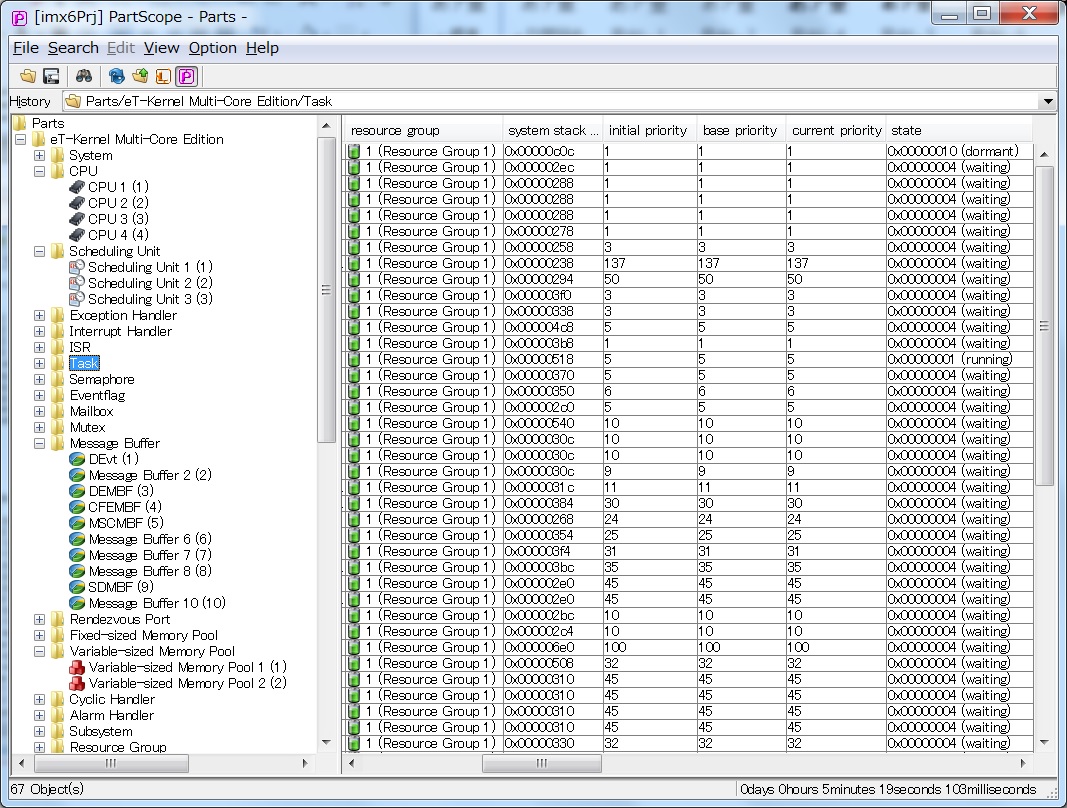 This profiler is used to analyze program bottlenecks in your system. The profile results for each task can be obtained to easily understanding which functions are frequently executed by which tasks.
By using EvenTrek to check detailed task behavior and Real-Time Profiler to check performance, it is possible to efficiently verify that right and acceptable performance has been achieved.
The profile data is collected through sampling of the target. Unlike with a trace, system overhead is held to a minimum. 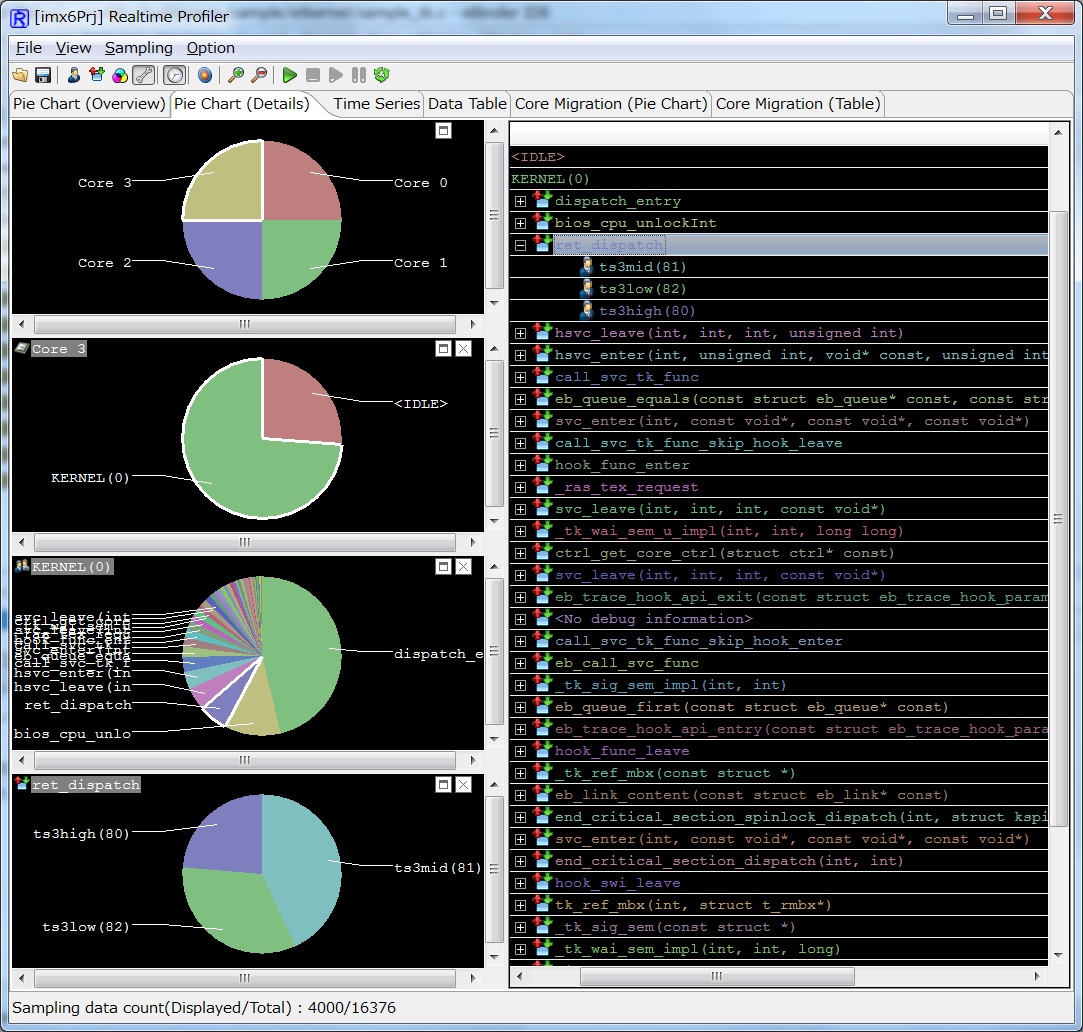 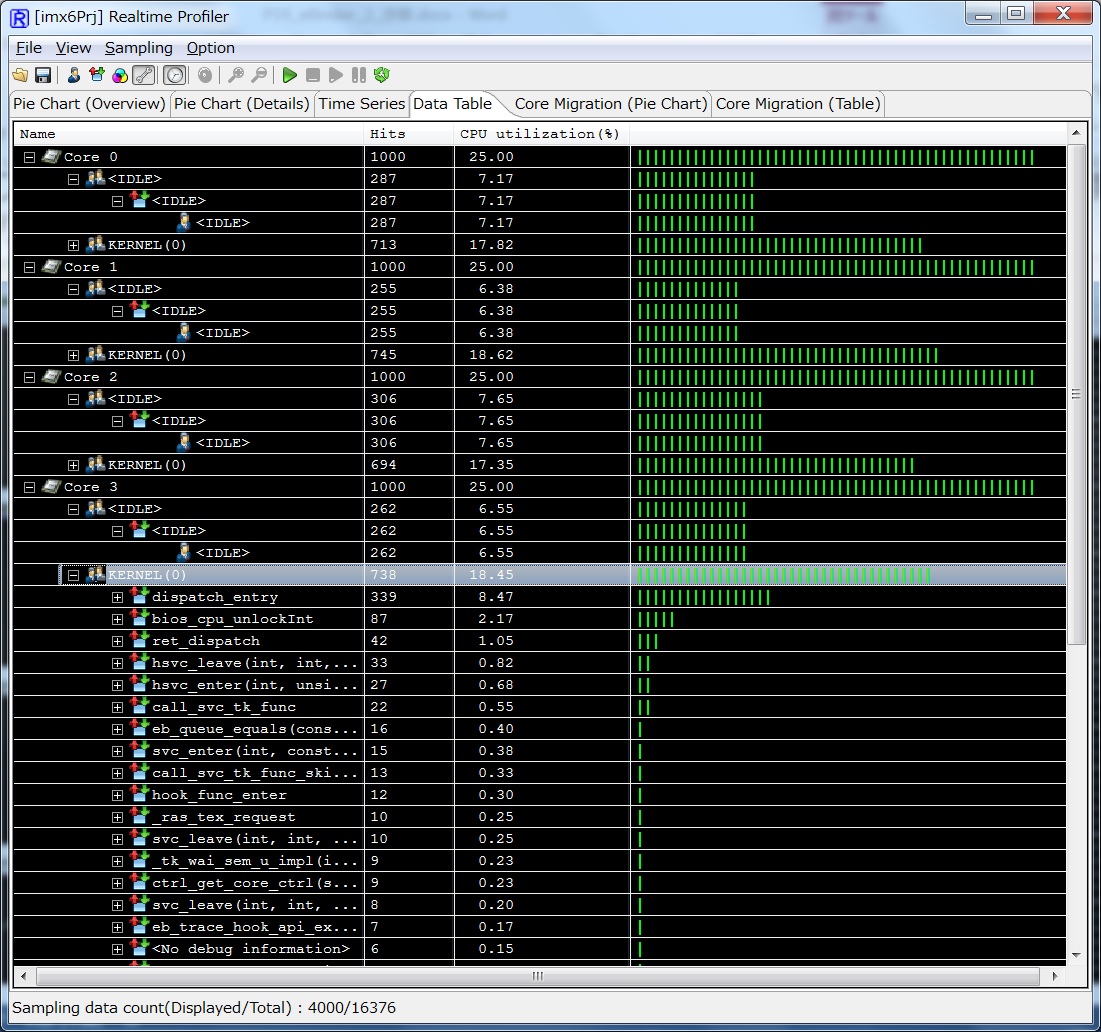 Use PackageBuilder to create part packages comprised of software components including libraries and device drivers that users have created. In addition, use this when developing a BSP for a custom board. 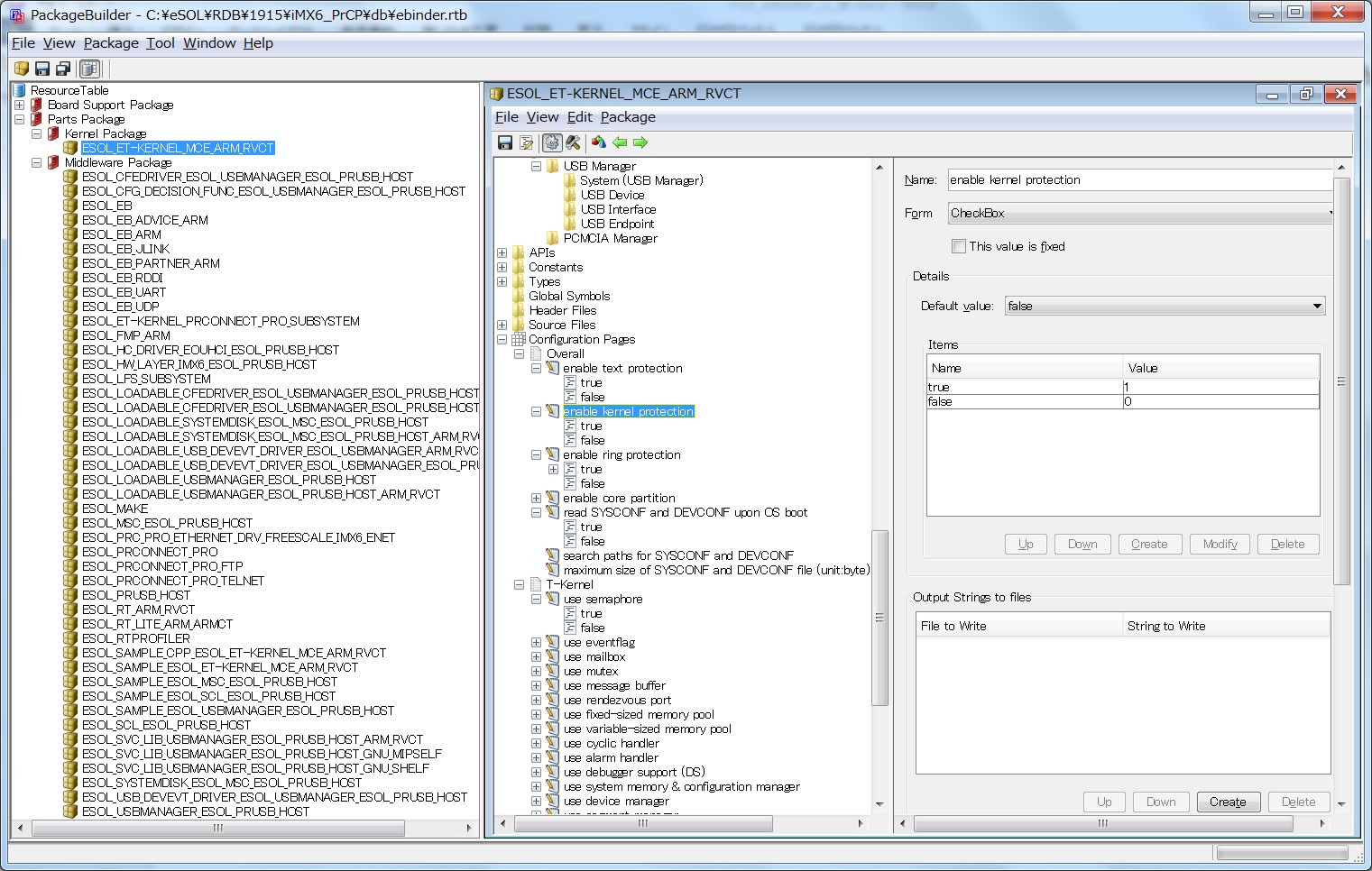 Arm’s FVP (Fixed Virtual Platforms) is bundled within eBinder. This enables an easy simulation of the real target board environments by utilizing Arm Fast Models IP models provided by Arm.
Developments with eSOL's Real-Time OS platform solutions can be conducted in a simulation environment on a PC without using real target boards.
Even with the absence of the physical hardware, users can promptly begin their software development in parallel with their on-going hardware development. In addition, automated testing involving Continuous Integration (CI) environment is also possible, contributing to the overall development efficiency and helps to shorter time to market.

eBinder offers a partial loading function that can additionally load an object module being verified while a program is already running on the target board. It is also possible to dynamically generate and run subsequently added modules as tasks. Utilization of these partial loading and task generation functions removes the necessity to link, load, reset, and restart the entire system each time you make a minor change to a target module. This greatly reduces waiting time, thereby reducing the time required for development of your own applications.

These functions allow organizing the code into reusable, grouped logical units. By using this feature, it is possible to control the organization of the software to be deployed to your target platform, preventing problems such as accidental changes to source code or incorrectly updating information inside the module’s original code. This also makes it easy to apply version control to the target platform.

*Depending on the JTAG ICE, some functions might not be implementable.

Both SMP and AMP are supported. As with single-core systems, it is possible to develop using an iterative and incremental development model. Correct concurrent-programming of tasks and processes is especially important for designing and developing software on a multi-core processor. eBinder 's Multi-Programming Tool is useful for this purpose. In addition, the System Analysis Tool is effective for pinning down the state of concurrent operations on multi-core systems, or other complex operations across the entire system.

Loading, debugging and system analysis in a multi-process system is possible. Using eBinder, the developer can look into each task/thread of the system, both in the kernel and in user processes, simultaneously, from the same debug session. This contributes to a better visibility into your system, and faster bug resolution.